Things to visit in Merano and surroundings

Above all a holiday in Merano offers diversification. Amidst the town and also in the immediate vicinity you will find numerous sights such as museums and castles. Here are some of the most beautiful attractions:

Once Castle Tyrol near Merano had been the ancestral seat of the Counts of Tyrol. But as in the 15th Century the seat of administration moved to Innsbruck the castle served only as the seat of Tyrol's sovereigns. Nowadays it shelters the South Tyrolean Museum of History and arranges also special exhibitions.

Under the arcades in Merano you can find the Museum of Women. Primary it was a second-hand shop for clothing. During the years a huge fund has been collected which shows women dresses and accessories from 1820 until now. Also the numerous everyday items clarify the woman’s role in the last 200 years.

Thanks to the mild Mediterranean climate in the Meranerland the Gardens of Trauttmansdorff Castle offer a breath-taking and varied flora. More than 80 examples for natural and cultural landscapes from all over the world will impress you. The four different garden worlds show indigenous forests of America and Asia, Mediterranean landscapes, local culture and atmosphere as well as European arts of garden design. The Trauttmansdorff Castle amidst the gardens houses the Touriseum which you should not miss to visit.

Once the Trauttmansdorff Castle was the winter residence of the Austrian Empress Elisabeth. Nowadays it is home to an exhibition about the development of the tourism in South Tyrol. It is shown from the perspective of the guests as well as of the hosts. The special highlight of the Touriseum is the giant South Tyrol Pinball Machine. It was made by local craftsmen and leads with fun and gag through South Tyrol.

In Rablà 70 trains drive on about 800 meters of rail tracks through the miniature landscape of South Tyrol and the fantasy low mountain range and impress young and old. Every single square centimetre of the biggest digital model railway set in North Italy reveals lovely details. A continuous day-night cycle gives the whole train world a special atmosphere.

Museum of Archaeology in Bolzano

The Archaeology Museum in Bolzano is the home of the oldest and also most renowned South Tyrolean: Ötzi the iceman. The museum does not only expose the famous mummy but also its equipment and clothes. Furthermore there is a permanent exhibition of the most important archaeological discoveries from the different ages in South Tyrol. Also special events take place regularly.

Merano arte is an international hub of contemporary forms of expression and is intended as a platform for fine arts, photography, architecture, new music, literature, new media, and communication technology. The high quality events shall make art accessible to a broad public and promote local artists in an international context. Another objective is cross-border cooperation with similar institutions at home and abroad. We also consider it our responsibility to make young people aware of art.
Founding history
With these objectives in mind, 14 art enthusiasts founded the association artForum Gallery - Forum Zeitgenössische Kunst Meran in 1996. artGallery Raffl by Herta Wolf Torggler in the years 1992 - 1995 was decisive for the objectives and concept of the new institution at the ‘Pfarrplatz’ square. Prompted by the broad program and large public response, the association management started looking for a new location in 1998. The loggia building belonging to Südtiroler Sparkasse was ideal for cultural purposes, so the bank eventually restructured it and rented it to the association. Today, Merano arte in the Sparkasse building has 28 members.
After the restructuring phase, Merano arte was opened on October 26, 2001 with the first exhibition: Art and Cure – Aesthetics of Recuperation (curators: Prof. Dieter Ronte, Carl Aigner, Andrea Domesle)

From 1840 onwards Meran started considering the construction of a new Kurhaus. In 1873, the project presented by Josef Czerny was approved. The official opening of the present west wing took place on 14 November 1874. During the opening ceremony, the building was festively illuminated by 102 gas lamps. In 1897, the gas illumination system was replaced by electric light. Around the turn of the century, the terrace at the east end was roofed over and the former reading rooms were built. Then there was talk of a general rebuilding programme, which resulted, in 1911, with the Viennese architect Friedrich Ohmann being given the commission. He planned the large Kursaal and the Rotunda, which transformed Meran's Kurhaus into the most beautiful Art Nouveau building in the Alps.
The construction work began in 1913 and the opening ceremony was held on New Year's Eve. The ceiling frescos in the Kursaal are by Rudolf Jettmar, Alexander Rothaug and Horazio Gaigher.
In recent years, the whole building, including the part dating from 1874, was completely renovated and it is now used for concerts, banquets, conferences and congresses, presentations, press conferences, balls etc. 13 rooms, whose equipment meets international standards, offer accommodation for 10 to 1,000 people. In addition, there is a restaurant and a café with home-made cakes and pastries.

The Kurhaus is a 10 minutes walk from Hotel Villa Westend.

The ideal destination for the hole family is the Maia race course in Merano Maia. Lots of races are enriched with a art, music, gastronomy and folklore.
The Meran Mais Racecourse in Untermais is among the largest in continental Europe, and one of the most beautifully-situated in the world. It was opened in 1935 on a 40 Hectare site, after only one year of construction work. It has a rich and varied programme of events to thrill racing fans.
Among the special highlights are the traditional ‘Farmers’ Steeplechase’ with world-famous Hafling horses, the ‘Maia Oktober Festival’ and the ‘Meran Grand Prix’. The latter, the oldest race held at this course, dates from its opening in 1935. It is an international Steeplechase of over 5,000 m., with high-value prizes, linked to the Italian National Lottery.
There is a colourful programme of fringe events during the race meetings, offering diverse events, involving music, art, culinary specialities and folklore, to meet every taste.

You will reach the Merano horse racecourse in a 15 minutes walk from Hotel Villa Westend.

Discover our offers and vacation packages 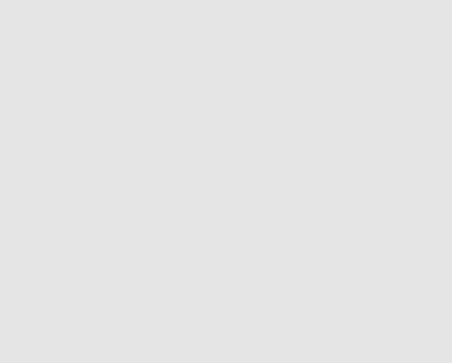 White week and wellness in Merano
7 days / 6 nights winter dream
Our offer includes a special arrangement dedicated to sporty activities and integral relaxation! Rested and starchy after a rich breakfast, the wide skiing area “Merano 2000” waits for you: four ...
€ 669 per person
Details